Japan ME Association is pleased to announce the international release of “Hope to Our Hands: The Hidden Story of ME/CFS in Japan,” an English-subtitled version of our documentary film on ME patients in Japan. It may be streamed or downloaded on VIMEO here.

Originally created to raise awareness among government health policymakers and the general public in Japan and screened domestically since its completion in 2018, the new English-subtitled film (produced from an abridged version targeted to Japanese medical professionals) brings the film to an international audience for the first time.

The situation of Japanese ME/CFS patients has long been unknown outside Japan. Most Japanese patients lack the English skills to access online information from abroad. Amidst this isolation, the Japanese government and medical profession have continued to neglect the disease as a “fatigue” illness with psychogenic factors for the past 30 years. It is also the story of Japan ME Association, founded by Mieko Shinohara, who fell ill with ME while studying abroad in the United States, and patients’ efforts to create much-needed change.

Recommended by the Japan Medical Association president and the former Japanese Society for Neurology president and receiving the strong support of patients and doctors alike, it is our hope that in sharing the documentary, Japan can begin to join the international ME/CFS community to advocate for patients’ lives. 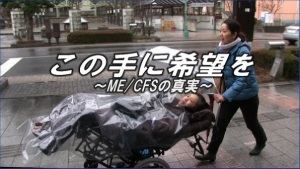 “Congratulations to Director Seiji Arihara and Japan ME Association for the completion of the film ‘Hope to these Hands: The Reality of ME/CFS.’ This work carefully encompasses not only the symptoms of this disease, but other dimensions of the reality of the illness surrounding the patients, such as the inability of patients to obtain Disability Certificates and the activities of the patient association, including from the voices of the patients themselves. It is a film that should be seen not only by medical professionals, but by the general public. There are indications of hope for patients in the recent efforts of researchers around the world to develop treatments. It is my hope that by having as many people as possible view the film, a deeper understanding of the illness and advances within Japan concerning the development of diagnostic criteria and the drafting of guidelines will result. The Japan Medical Association, in our capacity, would like to continue to assist in these efforts.”

On December 13, we also received the following generous words from the Japan Council on Disability (JD) president  Katsunori Fujii (translated from Japanese):

“One wonders why, while patients [at large] experience similar suffering to live, there are such differences in the way government administration treats them. Through images and the voices of patients, the film conveys the reality and practical difficulties of the patients’ situations from a perspective that is both human and objectively critical. We encourage as many people as possible to see this film, and to host voluntary screenings of the film.”

Finally, Japanese Society of Neurology President Dr. Ryosuke Takahashi (Professor, Kyoto University School of Medicine) appears in the film and has also expressed his recommendation of the film. 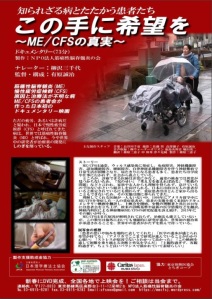 Japan ME Association hosted our first preview screening of “Hope to these Hands: The Reality of ME/CFS,” our original documentary film depicting the situation of severely ill ME/CFS patients in Japan which we began filming in 2014, at the TKP Shinagawa Conference Center in Shinagawa, Tokyo on October 22, 2017. Despite rain from a typhoon, many people turned out for the event for an outstanding premiere of the film. We are deeply grateful to everyone who attended, as well as to those who worked tirelessly to raise funds to make the film possible. 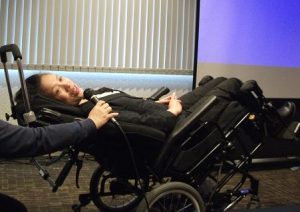 With JMEA board member Dr. Isu Shin, M.D., Ph.D., moderating, JMEA President Mieko Shinohara thanked Director Seiji Arihara for making the film and expressed that the objective of making and screening the film before audiences in Japan was to raise accurate awareness about ME and to advance research for the disease. 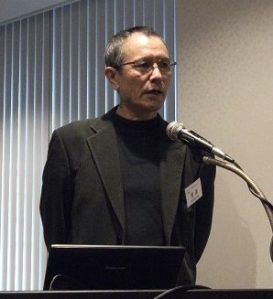 Mr. Arihara then gave a candid introduction to the film, revealing that when he and Ms. Shinohara first produced a Japanese-subtitled version of the American documentary film “I Remember Me,” many years ago with director Kim Snyder’s permission, he had never imagined that he would one day make a Japanese documentary about Japanese ME patients. He explained that making the film required acquiring a deep understanding of the day-to-day reality of the disease. He also expressed his gratitude to the many patients who agreed to be filmed but who did not appear in the final version of the documentary.

The film depicts patients who are severely ill with ME amidst a society that does not recognize the illness, the social and financial consequences of patients’ inability to obtain Disability Certificates, our patient association, and finally, the hope from recent research developments in the US and other countries to develop effective treatments.

We received immediate feedback on the film after the screening: “Thank you for making this film.” “The film captured patients’ thoughts and troubles concisely.” “It was encouraging to learn about all the research being done in the United States.” “I was happy that the film makes clear that ‘stress’ is not the cause of the illness.” “I felt encouraged to overcome the difficulties that I experience.” “The film achieved a balance between subjective patient experiences and objective information.”  “I want the severely ill patients who couldn’t make it to the screening to see the film as soon as possible.”

After a short break, former JMEA Vice President Dr. Miwako Hosoda spoke about the remarkable journey of Japan ME Association’s efforts in engaging medical researchers, government policymakers, social scientists, other non-profit associations, and the media to improve the situation of patients’ lives. 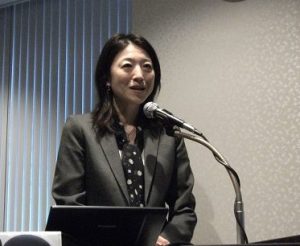 Finally, Dr. Takashi Yamamura, Director of Immunology at the National Center of Neurology and Psychiatry (NCNP) gave a presentation entitled “Directions in ME/CFS Research.” Dr. Yamamura, a leading specialist in multiple sclerosis (MS) who is now also engaged in ME/CFS research, gave the example of developments in MS, where after 25 years of having no effective treatments, there are now around five drug treatments for the disease, with many patients able to work; when one drug emerges, the landscape can change dramatically within 10 years. Neurological diseases often are not detected by standard medical tests, as is the case with ME/CFS. He emphasized the importance of research on inflammation in the brain and central nervous system and about the potential for major research advances in Japan; Japan should not merely depend on research from the US and Europe, especially with the high quality of Japan’s immunological research, with research institutions equipped with advanced technology on par with research universities abroad. He also discussed the importance of detecting the disease early in patients going forward, and the possibility of using existing drugs to treat the disease. 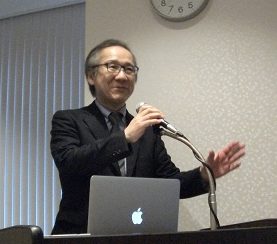 Finally, we answered questions from the press, including how we planned to make use of the documentary to spread awareness in Japan, whether the name “chronic fatigue syndrome” would change, and what steps were necessary to obtain adequate funding to advance medical research.